Is it time to change the bath for a shower?

Baths vs Showers, the real savings to households

Typically, choosing between taking a bath or a shower has often been a matter of personal taste and preference. For some people, you cannot beat a leisurely soak in the bath while for others, the convenience of a shower, makes this the optimal solution.

However, in the current climate, the cost of taking a bath versus a shower is likely to be a crucial component of the decision-making process. With energy bills rising sharply, cleanliness comes at a cost.

Of course, there are often pertinent reasons for some households to prefer one option over another, or need to have access to both. This guide aims to examine the associated energy costs of bathing solutions, and how you can find the best solution for your loved ones.

What do UK residents prefer

These findings, while limited, suggest there is significant demand for both baths and showers across the country. This won’t come as a surprise, as households with access to both are unlikely to limit themselves to just one option. 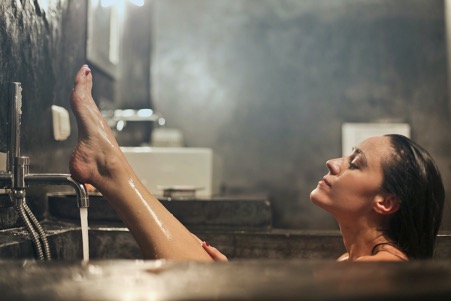 The cost of running a bath

According to a study in the first half of 2022 (using information provided by Discover Water and the Metro), a 100-litre bath needs 3.84 kWh of energy to reach a temperature of 40C.

With the heating method impacting the cost of running a bath, please bear the following costs in mind:

• Households using an electric source to heat the water in a typical bath use £1.09 in energy

How much does it cost to have a shower?

The cost of a shower also depends on many factors, such as the price of water in your area, how long you run the shower for, and the cost of heating the water.

If you take your time in the shower, a ten-minute session is likely to use 150 litres of water, which takes 5.76 kWh to heat, and this comes to around 25p a bath.

The study indicates the average cost of a shower is between £0.69 and £1.88 per shower.

Looking at the numbers indicate running a bath is cheaper than having a shower, but this might not be the full story. If you have a five-minute shower, often enough for some individuals, you can half the cost, and the cost of cleaning yourself will be lower than with a bath. Then again, some people will be distinctively unimpressed with the thought of only getting five minutes in a shower.

Similarly, if you prefer cold showers to start your day, you’ll use less energy, and this can lower your overall expenditure in getting clean.

Also, the number of baths and showers a person takes in a week might vary, so think of your circumstances, and come to a conclusion which is best for you.

If you are focused on saving money when showering or bathing, please consider these tips:

• Use a timer to be more efficient in the shower

• Ensure all taps are turned off and fix leaky taps

The pros and cons of a bath

No matter your personal thoughts on taking a bath, you’ll agree there are pros and cons of this option.

Pros of having a bath

·       People who cannot stand for a lengthy period prefer a bath

Cons of having a bath

·       Filling and then using a bath is more time-consuming

·       Some people have mobility issues in using a bath

Your personal circumstances might mean one factor is more prominent than others, influencing your preference.

The pros and cons of a shower

The same critical approach is possible for shower use.

Pros of taking a shower

• Showers are accessible for people

• Showers take up less space in a room

Cons of taking a shower

• You have to stand in a shower, which might not be suitable for some people

There are also factors that not everyone agrees on. Some people believe they use less water in a shower, but if you shower for a long time, this might not be the case. The same argument is valid for the cost of energy in heating a shower.

Can you maximise a bath or shower to provide a better balance?

If your existing bath or shower doesn’t meet your needs, it makes sense to upgrade it.

If you have a young family, a bath is far more suitable than a shower unit. If your household only has adults, adding a shower tray might improve functionality and style in one easy move. You can also make improvements to the shower cabinet, making things easier to find and minimising water dispersion in the bathroom.

A P-shaped bath suite, allowing the best of both worlds, might suit your households needs. If you lack room in your bathroom, you might be able to remodel the space to create something more suitable to your needs.

Changing the location or layout of your toilet and sinks might allow you to transform the shower or bath space.  Alternatively, you might simply wish to make your bathroom look more modern and stylish.

No matter which issue impacts your daily routine, there are solutions to improve it. Mega Bathrooms provides a fantastic range of shower and bath setups and accessories to ensure you and your loved ones have the bathroom that is right for you.

Save products on your wishlist to buy them later or share with your friends.

No account? Create one here
Product added to wishlist